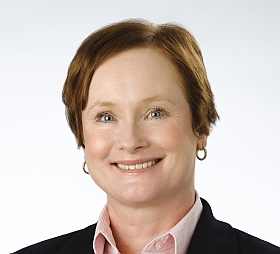 Steering Bionomics' focus towards large markets where there is a defined clinical need for new treatments, Dr Rathjen helped it gain global recognition for its multiple drug candidates and targets in the therapeutic areas of cancer, anxiety, multiple sclerosis and epilepsy. Her agenda is to see Bionomics grow into a company with $1 billion market capitalization. Its current market cap is $150 million approximately.

Bionomics, founded in 1999 by a group of healthcare researchers in Australia, focuses on discovery and development of new treatments for cancer and serious disorders of the central nervous system (CNS). Since she took over the reins in 2000, Dr Rathjen, its CEO and managing director, has led this start-up from being a gene discovery company to an emerging drug discovery company with operations in Australia, France and the US.

A scientist with a keen interest in science, especially neuroscience, Dr Deborah Rathjen has led Bionomics from the front in its growth story. Her role has also been critical in shaping the life sciences industry of Australia in the past few years. As one of the few women to have broken through glass ceiling of the industry in the Asia Pacific region, her contribution is of great significance. As the chair of AusBiotech since 2008, she has been the voice of the country's life sciences industry and advocated the needs of the industry to influence government policies on innovation, clinical trials and other such matters of significance.

One of the big wins for the sector and for companies in this sector recently has been the introduction of an R&D Tax Incentive by the Australian government. The incentive of a cash refund to companies with a turnover of less than $20 million for eligible R&D activities has significantly benefited small life science companies.

Sculpting a success story
At Bionomics, Dr Rathjen used her entrepreneurial skills to draft and implement an acquisition strategy to provide the company an entry into the drug discovery industry. Bionomics acquired Neurofit, a preclinical CRO specializing in CNS behavioral models, in 2005. The same year, it also acquired Melbourne-based Iliad Chemicals that brought to Bionomics its MultiCore chemistry platform.

In the last one year, the company has earned approval for phase I/II ovarian clinical trial of candidate BNC105 in women with ovarian cancer in combination with carboplatin and gemcitabine in a multi-centre trial in Australia and the US. Dr Rathjen also led the company to secure a new US patent critical to its Kv1.3 program, which is focused on developing new treatments for common autoimmune disorders. The patent granted by the US Patent and Trademark Office relates to compounds useful in the modulation of potassium channel activity in cells, particularly the activity of Kv1.3 channels found in T cells, and protects the use of these compounds in the treatment or prevention of autoimmune and inflammatory diseases. The company is now accelerating the program to include important immune-related conditions in addition to multiple sclerosis, such as rheumatoid arthritis and psoriasis.

Under Dr Rathjen, Bionomics also inked a deal with Swiss life sciences company Lonza for the development and manufacturing of its antibody. Again in September 2012, she led Bionomics in the acquisition of San Diego-based Eclipse Therapeutics. Eclipse was a spin-out from Biogen Idec and it brought two cancer stem cell-targeting antibodies, now known as BNC101 and BNC102, to Bionomics. BNC101 is anticipated to commence clinical trials in 2014.

She has also played an equally important role in building a sound management circuit within the company. Talking about Bionomics' team, she says, "Culture is an important and critical element in the success of Bionomics. Our teams are multinational and well as multidisciplinary. I am privileged to be supported by a highly experienced and dedicated management group," she says.

Bionomics is also partnering with other companies to generate new revenue streams and reduce execution risk of its programs. For instance, it has partnered with Ironwood Pharmaceuticals for the discovery and early development of BNC210 (now IW-2143) for anxiety. The deal provided it with an upfront payment of up to $345 million for development (clinical trials) of the candidate. It also provided regulatory milestone payments and sealed royalty on net sales of products incorporating BNC210 (IW-2143).

The making of a businesswoman
Dr Rathjen inculcated interest in science when she was a high school student in Adelaide, Australia. She never made science an academic goal but had immense curiosity for bioscience puzzles. As her knowledge and interest grew in the field, she developed a quest for the functioning of the immune system, how it worked to fight infection and how 'rogue' immune cells caused autoimmune diseases.

Pursuing her interest, she studied immunology at Flinders University and signed up for a joint program with Commonwealth Scientific and Industrial Research Organization (CSIRO) to study monoclonal antibody technology and potential of monoclonal antibodies as therapeutics.

Then, she had the opportunity to join the research laboratory of Prof Ian Chubb, presently the chief scientist of Australia. It led her towards neuroscience research where she investigated the underlying causes of neural tube birth defects. She found her way into the industry after she met Dr Geoff Grigg, the then head of CSIRO's molecular and cellular biology unit. At that time, he was planning the launch of a company called Peptide Technology (later renamed as Peptech). Dr Rathjen became a co-inventor of Peptech's TNF technology and led the company to successfully defend its key TNF patents against a legal challenge from BASF. This win later provided Peptech with a strong commercial basis for licensing negotiations with BASF, Centocor and other companies with anti-TNF products.
Married with three children, Dr Rathjen gives the credit for her success to her husband. Mr David Rathjen, as she puts it, has been a constant source of encouragement to her. Her stint as a member of the prime minister's Science Engineering and Innovation Council and involvement with issues such as climate change and safe water only further highlight the depth of her role in this industry. She has also been a member of the Australian government's Innovation Australia Board (formerly the Industry Research and Development Board) and a member of the biological committee. Currently, she is a board member of the Australian Nano Fabrication Facility.

A part of this industry for so many years now, Dr Rathjen points out that the risk of execution is still the biggest challenge for the sector. "This requires people with experience, an appropriate use of capital and access to sufficient funding," she explains.

Entrepreneurship, for her, is the key to next level. In her words, "entrepreneurs should be celebrated and entrepreneurship embraced". "At some point, Australia will need to look beyond mining for wealth generation, and the life sciences industry, with its high level of innovation, is one sector that could significantly help the country stay ahead of the curve," she remarks.