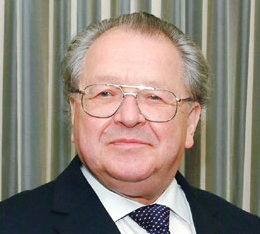 The council he heads today oversees the development of core research capabilities within A*Star's research units, specializing in bioprocessing, genomics and proteomics, molecular and cell biology, bioengineering and nanotechnology and computational biology. It also promotes translational medicine and cross-disciplinary research as part of its
efforts to advance human healthcare, apart from supporting biomedical research in the wider scientific community.

Under his leadership, BMRC has inked a number of industry collaborations clocking an average of 60-70 new industry collaborations-a-year. His other responsibilities in Singapore included being the scientific director and chairman of the Bioimaging Consortium (2005-10) and scientific advisor to the dean of National University of Singapore Medical School (2005-11). Since 2010, he has also held the position of director of Functional Metabolism Research Group.

Instrumental in fostering scientific exchange and collaboration between Singapore and Hungary, he facilitated the master collaboration agreement between A*Star and Hungary's National Office for Research and Technology in 2007 for the promotion of scientific R&D and human capital development.
National University of Singapore is now a leading research university in the world and Nanyang Technological University too is becoming a major research university. Prof Radda inculcated the thought that in addition to developing the research enterprise at A*star, it was important to recognize university research to generate assets in the country.

Giving direction to Singapore biotech
Prof Radda played a key role in the initiatives taken to give Singapore's university research strength and backbone. One of them was a collaboration between Oxford University and A*Star that offers joint PhD for the A*Star Graduate Scholarship program. He also promoted A*Star's Singapore International Graduate Awards (SINGA) for potential students from Hungary and other east European countries.

As a member of the joint steering committee of the Roche Singapore hub and part of GSK's activities in Singapore, Prof Radda also plays a significant role in the industry. Through the Bioimaging Consortium, he developed significant tie-ups with a number of industry players, including Bayer and Schering Plough, and more recently with GE Healthcare to develop a new biomedical technology.

Sharing his experience of working in Singapore, Prof Radda says, "When Singapore gave me the opportunity to set up the Bioimaging Consortium, it gave me the space to do research in a way I liked, along with financial, intellectual and administrative support. And that is the reason the consortium was formed in such a successful manner, which is almost inconceivable in any part of the world."

Prof Radda, whose association with Singapore dates back to 1999, has been a key driver in building this city state's bioimaging capabilities for clinical R&D through the establishment of the Clinical Imaging Research Centre in 2007. Today, the center is one of the few facilities in the world dedicated to clinical R&D.

He first came in touch with Singapore's nascent biotechnology industry and academia as the head of the UK Medical Research Council (MRC). Singapore, then, was giving a serious thought to setting up an umbrella of biomedical enterprises to help the country's research potential thrive. The concept of Biopolis was also in the making. A delegation led by Mr Tony Tan, the then deputy prime minister of Singapore, and Mr Philip Yeo, chairman of A*Star from 2000-07, were on a visit to the UK MRC to understand the structure of the scientific research in the UK.

The purpose was to see if a similar model could be adopted and implemented in Singapore. This was the time when Prof Radda took up an offer to join the international biomedical advisory council of Singapore after retirement. One of his first involvements was with developing a five-year strategy for the Biomedical Research Council. Bioimaging was analyzed to be an important part of Singapore biotech's research and the idea of a consortium took shape. The consortium builds a coordinated national program for imaging research, bringing together the country's strengths in physical sciences, engineering and biomedical sciences.

Prof Radda, who started to work for Singapore on a part-time basis, soon found himself getting pulled deeper and deeper into the country's biomedical research activities and finally became the chairman of BMRC in 2008.

An insider in research community
According to Prof Radda, Singapore's biomedical industry underwent a three-phase development. The first phase, 2000-05, focused on building a basic bioimaging consortium with the view that the industry would be interested in investing in R&D in Singapore. The second phase, 2005-10, saw application of the basic research in developing the industry and a clinical link, and the third phase, 2010-15, is focused on consolidating the research assets for clinical application and create a successful roadmap for the economy of the country.

Discussing the challenges involved in bringing this change, Prof Radda says finding and recruiting the right people who could actively build the biomedical research activity in Singapore was difficult. Another challenge was getting the scientists' fraternity to think about enabling their research for economic value. "Scientists were committed to their science and didn't really appreciate that there was tremendous importance in application of that science and this mindset has changed in the last three years," he says.

Prof Radda himself has done pioneering work on nuclear magnetic resonance (NMR) methods used to study the human body. His research interests include studies of enzyme regulation, bioenergetics and in vivo biochemistry in relation to human disease, in particular heart disease. His early work was on the development of fluorescent probes for the study of structure and function of membranes and enzymes. Then he became interested in the possibility of extending his work to investigate complex biological materials using NMR.

In 1974, he published the first paper on the use of phosphorus NMR to study tissue metabolites. His work led to setting up of the first clinical magnetic resonance spectroscopy unit of the world. Also, he was appointed to the newly established British Heart Foundation Chair in Molecular Cardiology at Oxford. Since then, (and later as director of the MRC Biochemical and Clinical Magnetic Resonance Unit from 1988-96) he has been involved in the development of this technique for biochemical and clinical investigations.

In Singapore, he has put in efforts to understand the biological basis of the metabolic syndrome and the mechanisms of interaction between the endocrine system (in particular, insulin release and response) and the central nervous system. He is presently leading a new program on cancer metabolism and the development of hyperpolarized Magnetic Resonance Spectroscopy.

Prof Radda's main interest area is cardiac research, understanding the basis of heart function and heart failure at the biochemical level. He collaborated with AstraZeneca as a consultant, when the company was developing drugs in this disease area.

The life of a researcher
At the age of 76, Prof Radda has retired from three different roles but is yet to hang his boots. Despite being involved in various administrative roles, he has always found time to pursue research. "My policy is that if you believe in science, you must keep up your research activities. This has been an important part of my thinking," he says. "Sometimes, it is tough because being the head of a research council requires a lot of time, but I continued to publish papers. As a leader of science, you don't have the confidence of the scientific community unless you are involved in research activities."

After retiring from the department of biochemistry at Oxford University, he took up the responsibility at the UK MRC from where he retired in 2008. Prof Radda mentions that he will still align his free time with the project at Oxford that plans to create and generate an archive of medical research of the university, particularly from people who have made key discoveries in science. The university has requested him to deposit all his material in their archive. "I have taken it up and am getting started. I am collecting all my old work from 1970s. There are 114 notebooks, 100 PhD thesis and 800 papers, and thousands of lecture notes and presentations. I suspect as I retire, I will work with the librarians," he adds with a smile.

In all this, his wife has been an immense source of support. However, while he lived in Singapore to build the industry, Prof Radda admits to have missed out on the company of his three children and three grandchildren who live in the UK.

While his research and work keep him busy in Singapore, he says he misses the opera and jazz from the life in the UK. So, he settles for his huge collection of music CDs with him. In his youth, he loved swimming. With age no longer on his side - he is 76 - he has developed an interest in cooking and enjoys inventing new dishes. But science remains his biggest weakness which, he says, is unlikely to leave him, ever.