Sartorius Stedim continues to grow in the first half of 2012 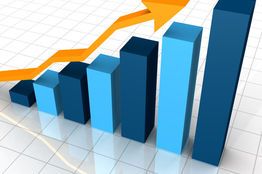 Singapore: Sartorius Stedim Biotech (SSB), a leading provider of cutting-edge equipment and services for the development, quality assurance and production processes of the biopharmaceutical industry, witnessed continued growth during the first half of 2012.

SSB observed a dynamic business expansion in the first half of 2012 and achieved double-digit growth in order intake and sales revenue. Single-use products, especially filters and bags, contributed substantially to these results. All regions reported strong gains in sales, with North America posting the highest growth.

SSB further increased its strong profitability, with underlying earnings jumping 26.3 percent from â‚¬38.6 million-to-â‚¬48.8 million. The respective margin rose from 16.8 percent-to-17.9 percent, extraordinary expenses amounted to â‚¬3.9 million and underlying earnings per share were at â‚¬2.04 euros, a 26.6 percent increase from â‚¬1.61 in the first half of 2011.

All key financial indicators were at comfortable levels as reflected by an equity ratio of 53.4 percent, a gearing ratio of 0.4 and a net-debt-to-underlying-EBITDA ratio of 1.3. Based on SSB's strong first-half results, the management considerably raised its full-year targets for 2012.