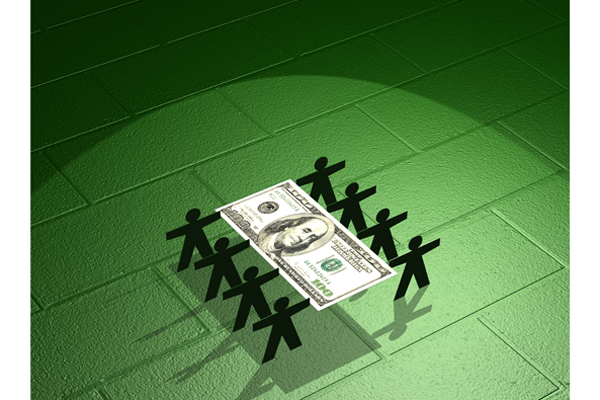 In the last five years, Asian companies have been enthusiastic in reaching out to the western markets, given the increasing market for generic drugs as well as to build a strong R&D base in the region

Singapore: The Asia-Pacific (APAC) region attracted around 101 M&A deals in pharma, medical, and biotech industry in the first half of 2013, marking an increase of 29.5 percent from H1 2012 that closed on 78 deals, according to Mergermarket Pharma, Medical and Biotech Trend Report H1 2013. The total value of these 101 transactions stood at $6.6 billion.

With the slowdown in economy for the last three years, no deal has been able to touch the $2 billion size since 2011. The highest valued M&A deal in the first half of 2013 was the acquisition of India-based Strides Arcolab's Agila Specialties division by US-based Mylan penned at $1.75 billion. The next largest deal was the acquisition of Symbion, Australia's leading pharmaceutical wholesaler and distributor, by New Zealand-based EBOS Group for $886 million.

China and India retained the top two positions in APAC. While China attracted 39 M&A deals valued at $1.9 billion, India saw 15 deals amounting to $1.7 billion in value. China, however, faced a sharp decline in the value of deals from 2012 that had crossed $6 billion during the first half of the year itself and India managed to sustain the interest of investors in its pharma, medical, and biotech companies with rise in value by 28.6 percent from $1.4 billion in 2012.

Pharma attracts investors
The Asian market is more known for its strong presence in generics drugs than in drug discovery and research arena. This was evident from the interest of global companies eyeing the pharmaceutical companies in Asia than the biotech or research firms. Pharmaceutical targets dominated the Asian market among pharma, medtech, and biotech sector in H1 2013 as over 45 deals were done in this sector summing up to $3.8 billion. Mergermarket Report points out that the pharma sector accounted for 56.5 percent share by value and 44.6 percent share by volume. The number of deals targeting Asia- Pacific Pharmaceutical assets went up by 10 deals in H1 2013 compared to that in H1 2012 and aggregated to $4.5 billion from 35 deals.

Strategies of Big Pharma
Well-established global pharmaceutical brands focused their regional investment strategies in this region to leverage the strengths of the emerging economies and also tap the growing local markets. Acquisitions or alliances provide them easier access to the local market through pre-established markets and facilities. GlaxoSmithKline (GSK), Pfizer, Novartis, and Sanofi Pasteur are among the top pharma giants who have established strongly in Asia by acquiring the domestic companies.

In the last five years, GSK has made aggressive investments by building alliances with regional companies such as Japan-based JCR Pharmaceuticals, Korea-based Dong-A Socio Holdings, China-based Nanjing MeiRui Pharma and with Shenzhen GSK-Neptunus Biologicals. GSK' strategy has been to grow a diversified global business in pharmaceuticals research and manufacturing with direct presence in the target market.

"It is likely that many pharma companies will consider restructuring in order to regain their industry dominance. They need to explore options for mergers and acquisitions and/ or execute license deals in order to survive in mature markets and access emerging markets. Meanwhile, generic drug manufacturers will continue to move up the value chain to expand their market share taking advantage of the patent cliff and pricing pressures," said Mr Abhijit Ghosh, pharmaceutical and health- care leader, PwC Singapore.

In the last five years, Asian companies have been enthusiastic in reaching out to the western markets, given the increasing market for generic drugs as well as to build a strong R&D base in the region. Japan-based Takeda Pharma has been most aggressive in competing with western companies and has acquired US-based firms such as IDM Pharma, Nycomed, Intellikline, URL Pharma, LigoCyte, Envoy Therapeutics, and Inviragen. The single strategy of Takeda has been to focus on research-based targets in developed markets of the US and Europe. India's Ranbaxy Laboratories and Cipla have acquired
South Africa-based generic firms to tap the potential generics market.

Venturing into the US market, China- based Shanghai Fosun Pharma has acquired Israel-based Alma Lasers that has a strong presence in the US. Mr Chen Qiyu, chairman, Fosun Pharma, commented, "We are very optimistic about the growth prospects in the global medical and cosmetic energy-based devices market, especially in China, Brazil, Russia and India, as well as other emerging markets. Alma Lasers is an international enterprise with excellent innovation capabilities. Fosun Pharma will continue to support the global expansion of Alma Lasers. Upon the acquisition, Fosun Pharma will establish Alma Lasers as a management platform for R&D, manufacturing, and sales of high-end medical devices, providing an internationalized development path for the company."