How has India been able to keep Polio at bay? 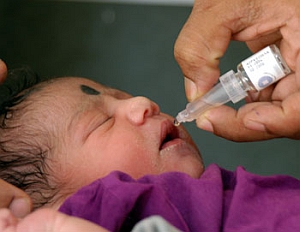 India, which was once considered as the world's epicenter of polio, successfully interrupted the transmission of the wild polio virus and completed one year without the presence of dreaded disease. The last reported case was that of a two-year-old girl in the state of West Bengal, India, on January 13, 2011.

India is now waiting to officially be deemed to have stopped indigenous transmission of wild poliovirus, following which the number of polio-endemic countries will be reduced to three, including Afghanistan, Nigeria and Pakistan.

Also read:
India's vaccine future looks bright despite hurdles
What are the new vaccines on the horizon for India?

With sustained efforts from all quarters of society, across the globe, India is now close to making polio, only the third infectious disease to be eliminated completely, after small pox and rinderpest. The Indian vaccine industry has played a major role in this initiative.

As reported earlier in BioSpectrum, Panacea Biotec has been a major supplier of oral polio vaccine (OPV). Recently after staying away from the crowded space of OPV suppliers in India, Serum Institute of India (SII) finally joined the pack, by starting the production of its brand of the vaccine. While admitting that SII is a late entrant into this space, Dr Suresh Jadhav, executive director, Serum Institute of India, said that other events led them to taking this step.

"Since the supply from two other Indian suppliers for the OPV had to be stopped due to some regulatory issues, the UN agencies were facing a shortage of vaccines. We were then asked by the UN agencies to address this issue, and we have now risen to fill in the shortfall," he added.

With no live case being reported in over two years in India, the OPV program will soon be phased out. Dr Jacob John, advisor, committee on Global Polio Eradication, WHO; virologist at CMC, Vellore; and a renowned authority on the polio eradication effort in India, explained the current scenario.

He said, "Studies have shown that continued use of OPV will give rise to cases of vaccine derived polio virus, such as those that are emerging in some areas of Afghanistan. The strategic plan for 2013-18 has already been drawn out. The general idea is that there will be a universal introduction of the IPV after 2015, along with a synchronized removal of OPV."

Currently, one of the main challenges to using injectible polio vaccine (IPV) is the cost of $2.66 per dose, as compared to $0.14 for OPV. Industry experts suggest that OPV production will not stop completely, but rather be given along with IPV in a one-out-of-three doses or one-out-of-two-dose scheme, in the beginning of the new effort. A number of manufacturers worldwide are working towards reducing the cost of a single dose of IPV to less than a dollar, so that the transition is smooth and simultaneous around the world without cost being a barrier.

The eventual introduction of IPV into the Universal Immunization Programme could also herald the popularity of hexavalent vaccines, something which a number of Indian companies including Shantha Biotechnics are working on in their pipelines. GlaxoSmithKline (GSK) recently initiated a joint venture with Hyderabad-based Biological E for a hexavalent vaccine development for the developing world. This 50-50 joint venture will be focused on early stage R&D and will utilize GSK's brand of IPV. Biological E has already been one of the largest suppliers of Diptheria Pertussis and Tetanus (DPT) vaccines to the Indian government for their immunization programmes.