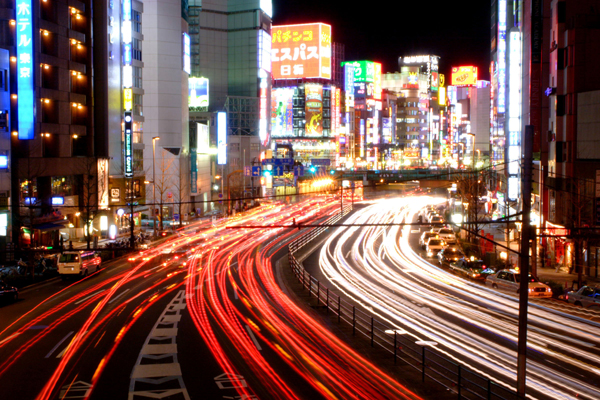 The top 10 pharmaceutical products being sold in the Japanese market, by both local and foreign players, contribute to about 10 percent of the $120 billion pharmaceutical market, says an IMS Health report. These products generated sales revenue in the range of $970 million to $1.81 billion per year, but only five of the top 10 products witnessed growth during 2011.

Plavix, Aricept and Remicade recorded 22.9 percent, 14.9 percent and 13.3 percent growth, respectively, while Takepron and Leuplin registered single digit growth. The other five products recorded negative growth and the average growth of each of these top 10 products was less than the growth rate of the pharmaceutical industry that is growing at over six percent. All the leading products have sales revenue of over $1 billion, except Remicade and Leuplin, which recorded sales revenue of $970 million each.

Aricept (donepezil), developed by Eisai, is used for palliative treatment of mild to moderate Alzheimer's disease and led the table of top 10 products with sales revenue of $1.81 billion followed by Blopress of Takeda ($1.62 billion) and diovan of Novartis ($1.51 billion). As of 2011, Aricept, co-marketed with Pfizer, was the world's best-selling Alzheimer's treatment.

Of the top 10 products, seven products are from local companies, namely Eisai, Takeda, Hisamitsu, Daiichi Sankyo and Mitsubishi Tanabe Pharma. The remaining three are from foreign companies. Three products of Takeda - Blopress, Takepron and Leuplin - have total sales of over $3.5 billion and helped it to become a leading pharmaceutical company in Japan. (Read Medical devices: A hot segment in Japan)

Blopress, ranked second, has approval from Japanese regulators for the treatment of patients with mild to moderate chronic heart failure. It has also been indicated for the treatment of hypertension and is being considered for additional indications to maximize its sales potential. Discovered by Takeda and launched in 1992 in Japan, Takepron, ranked eighth, is a proton pump inhibitor indicated for gastric ulcer, duodenal ulcer and reflux esophagitis. Takeda's Leuplin (leuprorelin acetate), ranked 10th, is an LH-RH analog that consistently stimulates the pituitary gland, resulting in suppressed production of male or female hormone. The drug was first launched for the treatment of prostate cancer in Japan in September 1992. Leuplin is used as a treatment for hormone-dependent diseases and is currently available in about 100 countries.

Launched by Hisamitsu Pharmaceutical, Mohrus, ranked fifth, is used as a pain and inflammation relief for acute disorders and symptoms. Commonly known as ketoprofen, Mohrus Tape received first approval in Japan as a skin patch indicated for lower back pain along with osteoarthritis and shoulder periarthritis. In November 2009, it was indicated for rheumatoid arthritis as well.

Launched by Sankyo, a subsidiary of Daiichi Sankyo, Olmetec (olmesartan medoxomil), ranked sixth, possesses strong antihypertensive action compared with other angiotensin II receptor blockers. This product is indicated for the treatment of hypertension.

Mitsubishi Tanabe Pharma launched Remicade in Japan in 2002. Remicade, ranked ninth, is a biological agent that is effective against a wide range of inflammatory autoimmune diseases, including rheumatoid arthritis (RA). It is a monoclonal antibody that specifically targets TNF-alpha, which has been shown to play a role in Crohn's disease, rheumatoid arthritis, ankylosing spondylitis psoriatic arthritis, ulcerative colitis, pediatric Crohn's disease and psoriasis. It is also the only anti-TNF approved in three different therapeutic areas of gastroenterology, rheumatology and dermatology.

Valsartan (angiotan or diovan), developed by Novartis, is an angiotensin II receptor antagonist with particularly high affinity for the type I (AT1) angiotensin receptor. Launched in 2000 in Japan, Diovan, ranked third, has played a star role in the Novartis portfolio. However, it witnessed negative growth of 10 percent in 2011.

Lipitor (atorvastatin), ranked fourth, is one of the leading products of Pfizer. It is used to treat high cholesterol and to lower the risk of stroke, heart attack, or other heart complications in people with type 2 diabetes, coronary heart disease or other risk factors. In Japan, Astellas Pharma sells this product under an agreement with Pfizer, which has been extended till March 2021 from 2016. Reports say Astellas will initially pay Pfizer a sum of one billion yen. The prominence of Lipitor, once the world's best-selling drug, is on the wane after its generic version was introduced late last year.

Plavix (clopidogrel) stands at the seventh position. It was discovered by Sanofi and has been co-developed by Sanofi and Bristol-Myers Squibb. Since 1993, it is indicated for prevention of vascular ischemic events in patients with symptomatic atherosclerosis, acute coronary syndrome without ST-segment elevation, ST elevation MI and also used, along with aspirin, for the prevention of thrombosis after placement of intra-coronary stent or as an alternative anti-platelet drug for patients who are intolerant to aspirin.