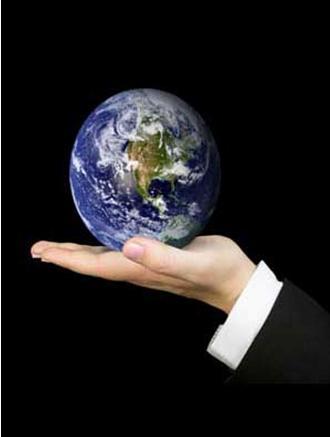 Medtronic has stepped up efforts to strengthen its reach

Medtronic is putting in place plans to grow its emerging markets' revenue to 20 percent of the overall revenue in the next few years. In FY'12, the US-headquartered medical devices company recorded 21 percent growth rate in the emerging markets. It is looking to better the figure this fiscal with significant investments in countries such as China and India.

The broad opportunities are in cardiovascular diseases, diabetes and spine conditions. China and India are significant markets in Asia for the company, given the size of their populations and the untapped markets. "Our biggest near-term opportunity in emerging markets is in our existing therapies, which primarily address the premium segment. To provide some perspective, just improving penetration of these therapies in emerging markets to levels similar to those in developed markets represents over $5 billion in annual opportunity," said Medtronic in an email response to BioSpectrum.

In the longer term, the value segment is an additional opportunity. "We are laying the necessary groundwork to be the leaders in the emerging value segment with new business models and our investments in emerging market infrastructure," stated the company.

Scaling the Great Wall of China

With globalization as a key focus area, Medtronic has taken several steps to expand its reach. In the Asia Pacific region, its major focus this year has been the China market with its huge untapped potential. Most recently, it announced the acquisition of China Kanghui Holdings, one of China's leading orthopedic companies with products in trauma, spine and surgical instrumentation.

According to Mr Chris O'Connell, executive vice president and president of Medtronic's Restorative Therapies Group, the move gives Medtronic "sustainable advantages in the fast-growing Chinese orthopedic segment, as well as a foothold in the emerging global value segment in orthopedics". The 15-year-old Chinese company brings with it a broad product portfolio, local R&D and manufacturing facilities and a vast distribution network apart from a management team with experience in the region.

The orthopedics market in China is promising. According to GlobalData, a global business intelligence provider, the orthopedic devices market value of Asia Pacific countries in 2011 stood at $7.13 billion. China's market share, only 18.6 percent then, is growing at 15.8 percent CAGR yearly.

The acquisition of China Kanghui Holdings is a significant part of the company's globalization strategy. "Through this acquisition, the combined companies will pursue an exciting opportunity to further expand into the attractive global orthopedics field, as well as globalize Medtronic through a significant direct investment in China," said the company.

Medtronic has had a long-standing commitment in China with presence in the contry since the 1970s. "China, which will be the second largest healthcare market in the world within the next five-to-10 years, is a logical first step for Medtronic's acceleration efforts. China is an important opportunity: its economy and middle class are rapidly growing and the Chinese government has been investing heavily in the healthcare sector infrastructure and in insurance coverage," said Medtronic.

There is also an innovation center in Shanghai and an innovative Patient Care Center in Beijing. It has other operations in Singapore. Acquisition of China Kanghui Holding provides it with local manufacturing in China and there are various education and training centers of the company throughout the Asia region, for example in India, China and Japan.

The Shanghai Innovation Center is the other recent addition to the company facilities in China. It is the first such center for Medtronic outside the US and Europe, and is directed towards creating local product research and development. The center will help tap local research from universities and institutes, while also partnering with Chinese physicians to tailor solutions for the market.

The deal with LifeTech Scientific has been done with eyes on the cardiovascular market of China. It is "an alliance with a local leader that understands the market and has established relationships with local customers, and the resources to grow in the markets it serves", said the company. In return, this alliance provides LifeTech with access to world-class medical device expertise and leading edge technologies.

Making its way into India

India is the other big market for Medtronic. There were unconfirmed reports earlier this year that the company was weighing its options of an investment in the Chennai-based medical devices company Trivitron. Both Trivitron and Medtronic refused to comment on the matter.

An email response from Medtronic, however, said, "We routinely review our portfolio to ensure it has the right strategies in place to fuel growth and increase patient access to life-changing therapies - and to ensure our business remains productive and successful. We must be disciplined in our capital management and allocation and any investments must be prioritized based on customer economics and a rigorous risk assessment."

In September this year, Medtronic appointed Apollo Hospitals MD Ms Preetha Reddy to the company's board of directors. "Preetha Reddy is one of the world's true pioneers in bringing high-quality healthcare to patients in India and other emerging markets. She will be a valued adviser as we focus on globalizing our company and developing innovative therapies that provide both clinical and economic value to the emerging markets," responded Medtronic.

Ms Reddy has been prominent in the industry and the Indian government's efforts to advance important healthcare issues for a long time. In 2009, she was appointed to serve on the Indo-US CEOs Forum and the Indo-Malaysia CEOs Forum, think tanks created to strengthen bilateral cooperation and trade.

Medtronic is working to address the lack of health awareness among the populations in emerging markets. "The barriers in many of the emerging markets are focused on awareness of health conditions and therapies to get patients into the healthcare system, infrastructure to be able to provide healthcare to patients, and training for healthcare providers to be able to utilize or administer various therapies. Medtronic has a number of programs in different countries focused on addressing these barriers," Medtronic informed.

The company is also boosting its local R&D infrastructure and strengthening the product line apart from coming up with innovative patient care models. "As a well-established player in the premium market in Asia, Medtronic intends to be the leading device provider in both the premium and value segments. Our leadership in this market may take many forms, such as through bringing global products to the local market, by building a local R&D infrastructure or through innovative patient care models," said Medtronic. Some of the current efforts are focusing on addressing the infrastructure through training programs for physicians and other healthcare providers that will help remove some of the barriers to access.

Meanwhile, long registration lead time, insufficient reimbursement for advanced medical products and therapies, a much needed referral system between major hospitals and community clinics, and relatively low disease and therapy awareness of patients remain hurdles for the company in markets such as China.