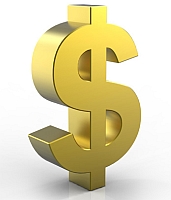 With the US staring at a fiscal cliff in 2013 and the threat of an ensuing $1.2 trillion across the board budget cuts, negotiations are on at the political level to reach a consensus on how best to address the circumstances. Experts and industry analysts fear that if a decision is not reached by year-end, the turn of the year will kick off steep government spending cuts and rise in taxes for all in the country.

The economic effects that could result from the tax increases, spending cuts and a corresponding reduction in the US budget deficit beginning in 2013 are expected to lead the economy into a recession in the new year.
The bioscience industry will be no exception with R&D budget cuts and taxes raising the overall costs for companies. The biggest immediate threat the fiscal cliff poses for the industry is to the FDA budget. "The agency is already chronically underfunded and any cuts will affect the speed with which it is able to review new drugs and devices," says Mr G Steven Burrill, CEO of Burrill, a global financial services firm focused on the life sciences industry. "The National Institutes of Health budget will also be impacted should sequestration take effect. The NIH budgets have already been under pressure and could fall by as much as 10 percent if Congress fails to reach an agreement."

In his email response to BioSpectrum, Mr Burrill explains that a cut in the already strained NIH budget will have "ramifications that echo through academic and independent research institutes, as well as life sciences companies that supply labs, perform research services, and rely on NIH funding". He, however, also points out that this should have no short-term impact on the biotech companies.

Ms Jennifer Brice, life sciences global program manager, Frost & Sullivan, is of a similar opinion. Frost & Sullivan, headquartered in Mountain View, California, is a global growth consulting company that also provides market research to a wide range of industries. Ms Brice says the main impact the fiscal cliff will have on the life sciences industry is a cut in research grants for labs and universities. "In addition to research programs being halted, this would result in job cuts across the research community and lower R&D productivity. We could also face impacts on the clinical development of drugs to make this process more efficient, such as faster recruitment and smaller, targeted patient population trials,"she points out.

The situation will be tough for the drug companies and the medical devices industry as well. "Capital continues to be difficult and expensive to raise for life sciences companies. A failure in Washington to reach an accord over the fiscal cliff will signal to Wall Street that the dysfunction in Congress continues. This will only make it hard for companies to raise capital," says Mr Burrill.

According to industry observers, healthcare schemes of the country such as Medicare are likely to be affected by the spending cuts of the government. The various provisions under the new Patient Protection and Affordable Care Act, popularly known as Obamacare, will serve a blow to bioscience companies. For example, the medical devices industry is staring at a new excise tax that will raise the costs for companies and affect start-ups in the long run.

"With the start of the new year, the medical device industry faces the implementation of an excise tax that was passed as part of the Patient Protection and Affordable Care Act. This is a 2.3 percent tax on revenue, not profit. It's intended to raise at least $20 billion over 10 years, but will disproportionately impact young, innovative companies," observes Mr Burrill, adding that even though the industry is working to repeal the tax, the fiscal cliff complicates these efforts. "The best chance of addressing this will be a comprehensive tax reform bill," he says.

The reforms and rising costs of healthcare will put drug companies under pressure as well. According to Burrill, price pressures on drug companies will continue and only intensify as governments face fiscal pressures and seek to contain the cost of healthcare. "This reality is driving drugmakers to focus on drugs for unmet medical needs, personalized medicines, and therapies for rare diseases where they can make clear arguments about the value of their products and most easily justify premium pricing. New digital health technologies are providing incredible opportunities to improve access and delivery for providers, reduce costs for payers, and improve health for patients. Rising healthcare spending creates enormous opportunities for innovation," says Mr Burrill.

Companies wait and the watch

Most drug and medical devices companies, which BioSpectrum approached for inputs, remained unavailable for comments. "The fiscal cliff negotiations in the US are ongoing. At this stage, there is no way to predict the result. Therefore, we cannot speculate on potential outcomes or impact on our industry," responded Eli Lilly, one of the largest pharmaceutical companies of the world with headquarters in Indianapolis, Indiana in the US.

With negotiations on, nobody wanted to jump the gun and reach a conclusion. However, both the industry and the analysts are keeping a close watch on the political developments. No end is, however, in sight before the year-end as the political leaders remained divided on the measures to take while the Christmas holidays inched closer.

PricewaterhouseCoopers (PwC) US Public Relations did not want to comment to avoid speculating on the outcome. "We are working with companies to plan and prepare for various outcomes and scenarios that make the most sense for their businesses," stated the email response. PwC is a global professional services firm.

Another multinational pharmaceutical company with headquarters in the US, Pfizer, said: "We believe that it's critical that Congress and the president (Mr Barack Obama) find a balanced approach to solving our nation's fiscal challenges. We will continue adapting to meet the needs of patients, payers, governments, and society as a whole â€” consistent with our principles of increasing patient access to novel medicines and protecting our industry's ability to continue innovating. We have long maintained that the relationship between the industry and the government-funded scientific research is symbiotic, which is why we believe that adequate funding for the NIH is critical for the health of our nation."

Ms Jennifer Brice of Frost & Sullivan points out the industry on its part is hoping for an early resolution of the situation. "We have seen a surge in the number of lobbyists from big pharma companies urging government officials to resolve the fiscal cliff. However, now that the elections are over, it is expected that there will be a one year extension on the fiscal cliff with minimal impact to healthcare since healthcare reform will remain," she says.

In the face of the looming crisis, ratings agency Standards & Poor says the pharmaceutical industry will record a fairly low growth rate of one percent to three percent in 2013. While according to the agency's statement released to the media, the generics industry will record a double digit growth at the cost of branded generics, thanks to the patent cliff, pricing flexibility will remain for the drug manufacturers. "We've been thinking for 20 years that the U.S. government could impose broad price controls," said Ms Lucy Patricola, credit analyst with S&P. "But at this point, our 2013 expectations assume a continuation of historical trends and good pricing flexibility in the US."

If spending cuts in healthcare kick off, the situation is likely to be a boon for the generic players - many of them Asian companies â€” in the market. How far will this effect innovation and emerging companies seeking funds in the bioscience industry remains to be seen.