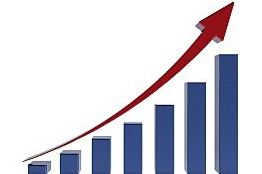 Singapore: A new report by MarketsAndMarkets titled 'Biomaterials market and applications - Global forecasts to 2017', estimates the global market for biomaterials to grow at a compound annual growth rate (CAGR) of 15 percent from 2012-to-2017 to reach $88.4 billion. The report analyzes and studies the major market drivers, restraints, and opportunities in North America, Europe, Asia, and rest of the world.

In 2012, the cardiovascular biomaterial segment contributed 34.5 percent to the global biomaterial market, followed by the orthopedic segment. Plastic surgery and wound healing applications are expected to witness the highest growth in the coming years. The biomaterial polymers market is expected to show the highest growth at a CAGR of 22.1 percent (2012-2017) due to tremendous ongoing research for the development of biodegradable and bio-compatible polymeric biomaterial and its use in a wide range of applications.

North America is the largest biomaterial market and is expected to grow at a high CAGR from the year 2012-to-2017 due to an increase in the aging population. Due to rising awareness of biomaterial products in Asia, and increased conferences and collaborations, the Asian market is expected to grow at a CAGR of 21.5 percent from 2012-to-2017. The report includes company profiles of major players and key raw material supplier companies.