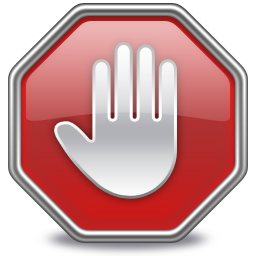 Every year, an estimated 1.5 million patients are subjected to the diagnostic tests of Mycobacterium tuberculosis in India. Furthermore, out of the 75 new sputum positive cases of TB that are reported every year, about two percent are confirmed to be of the drug-resistant variety.

However, notwithstanding the ban, private medical practitioners in India are still heavily relying on these tests. This has been admitted by the union minister of state for health, Government of India, Mr Abu Hasem Khan Choudhury, who revealed, "The tests approved by the Revised National Tuberculosis Control Program (RNTCP) for diagnosis of TB include sputum microscopy, X-ray chest, solid and liquid culture methods and rapid molecular tests. Available evidence indicates that, besides the tests mentioned above, the private sector heavily depends on the serological tests for diagnosis of TB."

Implementing the ban
The Indian Government has been trying to create awareness about the ban. It published advertisements in newspapers about why the tests were banned and what are the acceptable alternatives.

Dr John Kenneth, professor and head, division of infectious diseases, St Johns Research Institute, Bangalore, India, while adopting a different stand on the issue, said, "Kits can always be brought into the country and sold in many different ways. It is important to sensitize the public who are at the receiving end of the several faulty steps, even by qualified doctors."

According to Dr BR Das, president, research and innovation mentor, molecular pathology and clinical research services, SRL, "From SRL's perspective, ban for serological assays has been implemented successfully. For other laboratories (small/big) more strict government regulatory policies are required for complete stoppage of TB serological assays. Even norms for doctors prescribing these tests can be formulated with proper vigilance and control through medical councils. Also, an increase in awareness among various groups, clinicians, doctors and patients will be helpful."

"The implementation can happen by regulating the labs stringently and by creating awareness of alternative methods available (to be available)," agreed Mr Sriram of Tulip Group who is strongly in favor of a national policy.

Moreover, if the serological tests that are being currently used are not the right ones, then it may be extremely difficult to identify a biosignature for TB diagnosis three-to-five years later.