The road ahead for bioscience industry in US 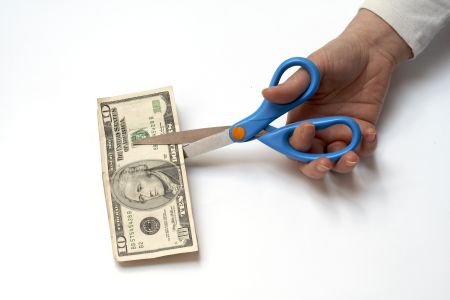 The budget cut for government bodies has been deferred till March 1, 2013

The US economy did not fall off the fiscal cliff at the turn of the year. However, the deal reached in the US Congress - raising taxes on the wealthy Americans and delaying spending cuts by two months - will hardly be a long-term solution to the looming economic crisis.

Even as the markets around the world responded positively in the new year following the deal, experts say the situation will take a turn for worse as the year progresses unless a more promising solution is found. BioSpectrum takes a look at what's in store for bioscience companies in 2013.

Excise tax on medical devices
The industry, which may be breathing a sigh of relief at this point, will have to take measures to address the challenges ahead. One such challenge before the medical devices companies will be to tackle the new excise tax on companies, manufacturers and importers of certain devices. The 2.3 percent medical device tax came into effect on January 1, 2013, as part of the Affordable Care Act, despite protests from the medical device companies. The new tax, which applies on products intended for human use, but exempts eyeglasses, contact lenses and hearing aids, as well as devices purchased for retail or individual use, is expected to significantly hurt businesses.

Along with the fear of job cuts, small start-ups will also get affected as it will discourage innovation due to a rise in costs.

R&D budget cut
The threat of an across-the-board budget cut for government agencies continues to loom large on the research and development initiatives by bodies such as the National Institutes of Health and the US Food and Drug Administration. The deal reached by the US Congress has only deferred the spending cuts till March 1 and, if it comes into effect, it will have a negative impact on innovation.

With big pharma already reducing its R&D budgets to fight the patent cliff and rising costs, the budget cut for government bodies could make the situation worse in terms of new and innovative research taking place in the field. University labs will be forced to work on shoe-string budgets halting research programs. It could also hugely affect clinical trial programs with demand rising for faster and more efficient trials.

The upside of Obamacare Act
Even as medical devices and drug companies fight pricing pressures due to increase in taxes and reduction in R&D budgets, the promise of an increase in the number of patients, as the US government expands its health insurance cover, will offset some of the losses to be incurred by the industry. The companies, however, are not hopeful that it would mean any kind of windfall gain for them.

The new Act is also expected to boost the sale of generics which in turn could mean a boon for the generics companies located in Asia, especially India, that are exporting to the US.

US President Barack Obama has hailed the deal reached as "just one step in the broader effort to strengthen the economy". Only time will tell if the US economy will avert another downward slide at the beginning of March 2013.