Is US apex court ruling on gene testing a loss for Myriad? 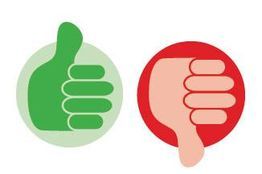 Will the US Supreme Court verdict on Myriad Genetics vs Association for Molecular Pathology case impact the former in a negative manner?

When Myriad Genetics first synthetically discovered and isolated the BRCA1 and BRCA2 genes in 1994, little did they imagine that the case would lead to a litigation that could threaten to change the landscape of the genetic patenting industry. In the last four years since the company was drawn into the legal tangle, it has witnessed many ups and downs. In spite of experts dubbing the Myriad Genetics vs Association for Molecular Pathology case as the downfall of the former, the Utah-based molecular diagnostics company has claimed part victory.

"Myriad has more than 500 valid and enforceable claims in 24 different patents conferring strong patent protection for its BRACAnalysis test," Myriad told investors in a statement after the verdict was announced. The firm emphasized that cDNA, which is not naturally occurring, remains patentable.

Further, Myriad spokesperson, Mr Ronald Rogers, told global media, immediately after the verdict was announced, that, "We don't expect today's decision to impact our business operations. Considering that the BRACAnalysis test is the company's primary revenue driver, Myriad seems unhinged that their 20 year long dominion in the BRCA gene testing market was snatched away from them."

A closer look at their financial data explains why. In December last year, Myriad declared in a press statement that the testing business carries an 87 percent gross profit margin. The company had generated $496 million in sales last year, largely from the test involving the two BRCA genes. Since late 1990s, when the company unveiled the test, it has tested more than one million women for mutations in BRCA1 and BRCA2 genes, that would put them at a higher risk of breast and ovarian cancer. The breast cancer analysis is charged at $3,340, while the additional test that picks up a genetic link in about 10 percent of women who test negative the first time is priced at $700.

The constantly fluctuating stock market too brought good news for the company, in the face of all round criticism. Myriad's stock performance post the verdict fluctuated dramatically. First it soared from $33.92-to-$38.27, only to drop to $32. Incidentally, this is the best response that the company has received from the stock market since 2009.

Another important reason why the company sailed strongly through the four-year long battle was because regardless of the verdict, Myriad's patents were set to expire in December 2015. However, experts believe that the verdict has opened up the floodgates for more DNA tests for breast and ovarian cancer genes, which forms the basic core of Myriad's business.

Many believe that since the company has dominated this market for a long time now, it has acquired enough expertise to beat the competition that is about to rise. Further, the company also plans to start offering its own cancer-wide gene risk test, which will analyze 25 genes that can put people at higher risk for various cancers.

Now that the patent on BRCA1 and BRCA2 genes has been invalidated, many potential competitors are announcing their version of the test that check for the mutations in these genes. However, before the market opens up, Myriad is ensuring that it makes most of its remaining trail of dominance in this industry.