What are the new vaccines on the horizon for India? 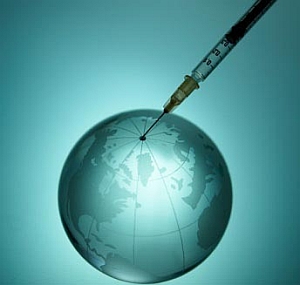 Vaccines are considered among the most important medical inventions made by man. Indian vaccine manufacturers, who are well known across the world for their quality and efficacy, are gearing up to develop and commercialize several vaccines not just for the world but also for the domestic market.

These were conducted on 6,800 individuals at three locations, including SAS, Delhi; CMC, Vellore; and KEM, Mumbai. Dr Krishna Ella, chairman and MD, Bharat Biotech, had earlier announced that this vaccine would be made available at $1 only.

Furthermore, other major vaccine collaborations, similar to the one mentioned above, have met with identical fate. One such example is that of the collaboration between Novavax and Cadila Pharmaceuticals, whose joint venture, CPL Biologics was created in 2009 to harness the innovation potential of a small biotech firm like Novavax and leverage on the advantage of scale and experience of Cadila Pharmaceuticals.

Dr Sudeep Srivastava, VP, biotech manufacturing, Cadila Pharmaceutiacals, while speaking about the progress made so far, said that, "Moving ahead we have a very strong focus on developing vaccines using Novavax's platform technology. We have already completed phase I and phase II trials for a seasonal flu and a pandemic flu vaccine, based on based on Novavax's virus-like-particle (VLP) vaccine technology. Additionally,we are also in the midst of developing a rabies vaccine."

Indian companies are also leading the way, when it comes to neglected diseases. Panacea Biotec is in the early stages of development of a tetravalent dengue vaccine. Indian Immunologicals has also been pooling its efforts in developing vaccines for neglected tropical diseases such as chikungunya and kala azar. They are also concentrating efforts on an oral cervical cancer vaccine, a first from the developing world, thus offering its affordability for the masses. The DBT is also closely monitoring the development of a cholera vaccine that is in phase III trials.

Malaria is another challenge that Indian companies have taken up in the recent past. A vaccine developed by the International Centre for Genetic Engineering and Biotechnology (ICGEB) was initiated into clinical trials in late 2011, a project in which Bharat Biotech had manufactured the vaccine. Gennova Biopharmaceuticals too has been an active participant in the development of a malaria vaccine.

Dr Sanjay Singh, CEO, Gennova Biopharmaceuticals, said that, "We have multiple projects targeting the different stages of the life cycle of the malarial parasite. The first candidate from Gennova will head for clinical trials soon. Another project initiated a year and a half back is studying people that have shown a natural immunity to the malarial parasite. By analyzing the monoclonal antibodies isolated from this population, we hope to gain further understanding in this field."

The launch of Biological E's indigenously developed Japanese Encephalitis vaccine, too was the result of years of hard work and efforts, as well as a successful collaboration with Intercell, a Venna-based company that had done the early development work on the vaccine.