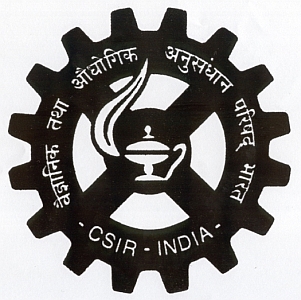 The Bangalore declaration of Council of Scientific and Industrial Research (CSIR) director's meeting, held during the year 1998, concluded that, "India matters to us, and we want to matter to India, more." True to the statement, the organization today features among the world's top most publicly funded international R&D organizations.

Established in 1942 as an autonomous society and with 37 state-of-the-art institutes, India's CSIR holds the highest number of the US patents among all the publicly funded Indian R&D organization. Protecting intellectual property is a part of CSIR legacy. Its founder, Dr Shanti Swarup Bhatnagar was the first person to be granted an Indian patent during World War II. As of January 2012, CSIR holds 2,831 foreign patents and 997 US patents, which were granted from 2002-11. As on March 01, 2012, the number of patents that were force in India and abroad were 2,350 and 3,250 respectively.

Also read: What are India's most eminent life science individuals saying about CSIR?

It is interesting to know that while CSIR constitutes only three percent of the India's scientific manpower, yet it contributes to 10-to-11 percent of India's scientific outputs. CSIR performs science that leads in many frontiers. This is evident by its presence in leading journals of the world. CSIR's science has produced new concepts that have been translated into technologies for the benefit of India. The Prime Minister of India, Dr Manmohan Singh in his speech on the 70th foundation day of CSIR rightly called it as the flag bearer of the intellectual property movement in India.

"After India introduced economic reforms and joined the world trade organization (WTO), the CSIR quickly emerged as a single largest holder of US and European patents. The council, in recent years, has also become a world leader in specific domains of biotechnology and recombinant DNA products," said Dr Singh.

CSIR conducts research in frontier and multidisciplinary areas of modern biology and translates these concepts into commercially viable technologies. The thrust areas include recombinant DNA technology, proteomics, biomarkers, nano biotechnology, novel agro-technologies and structural biology among others. The organization has played a leading role in developing India's pharma industry by introducing innovative process technologies and new drugs. Over a dozen CSIR institutes are participating under public-private partnerships and in-house projects. The key areas of focus include studying molecular mechanisms and genetic factors of diabetes, nano materials and devices for health, diagnostics and target based molecular medicines, anticancer therapeutics. Through its open source drug discovery (OSDD) program (Link to: ), the council has made its unique attempt to make healthcare affordable and drug discovery for neglected diseases like tuberculosis malaria and leishmaniasis.

In agriculture and food processing sectors, CSIR has developed globally competitive pre and post harvesting technologies for optimal production and devising necessary machinery besides enhancing the science of nutraceuticals. Major areas of research include the health foods, energy saving process and pest resistant crops. CSIR in an ongoing collaborative project with Department of Ayush, is trying to document and digitize the traditional knowledge of ayurveda, unani, siddha and yoga. Known as Traditional Knowledge Digital Library (TKDL), it is expected to protect indigenous patent rights.

CSIR has also made many other advances in research in India. It has pioneered DNA fingerprinting in the country; set up cybrids facility for the study of neurodegenerative diseases (with special reference to Parkinson's disease); established an advanced facility for safety evaluation of genetically engineered drugs; isolated active compounds from native plants for the treatment of chronic myeloid leukemia and peptic ulcer; sequenced the genome 'CIM-Arogya' of Artemisia annua for higher artemisinin yield; used recombinant viruses harbouring an RNAi construct as sensor to screen the function of each open reading frame (ORF) of viral genome; and developed an efficient method to isolate and prepare large quantities of RNAsin (an enzyme inhibitor from discarded human placenta) among other significant developments.

CSIR has formulated its Vision 2022, using which it plans to take Indian science to greater heights. It is striving for global scientific impact; building international network with CSIR campuses in other nations of Africa and Asia; coming up with at least one exceptional publication of global impact every month; catalyzing innovation driven industry; continuing to maintain the largest patent portfolio in India; transferring 10 major cutting edge technologies a year for development and commercialization; nurturing human resource and trans disciplinary leadership 1,200 PhD students and 2,000 post graduates every year; creation of 12 innovation complexes; enabling inclusive economic development; helping one million people benefit per year from CSIR 800 projects and catalyzing inclusive innovation to benefit over 250,000 MSMEs.

According to Dr Samir K Brahmachari, director general CSIR, "The organization will continue to look at bioscience as not only a profit making sector but a pathway towards improving human life and affordable healthcare."

For the next century, CSIR is expected to play a pivotal role in Indian science and be a guiding light for the bio scientists of the nation.